A promotional video for Streamland Media's Scout app. My primary contribution was the design, modeling, texturing, lighting, and camera animation for the train station (sans the train itself, benches, and a few other smaller CG elements, which were stock models). The station's overall design was heavily inspired by (i.e. totally ripped off of) Zaoeyo's beautiful opening titles for Pause 2017 with some additional inspiration taken from Washington, DC's metro system. You can thank Head of Design Levi Ahmu for virtually everything else in the promo. About the Scout app itself: Stream, annotate and share media playlists with all your creative teams from anywhere in the world! Own your creative process with frame accurate comments and annotations that are shareable through the click of a button. Extend the life of every shot by easily searching your library using AI with Microsoft Indexer integrated into the app. Head of Design: Levi Ahmu Sr. Motion Graphics Artist: Ed Fanning You can take a slightly closer look at the train station itself with alternate unused versions of Levi's ribbon effect and the train below: 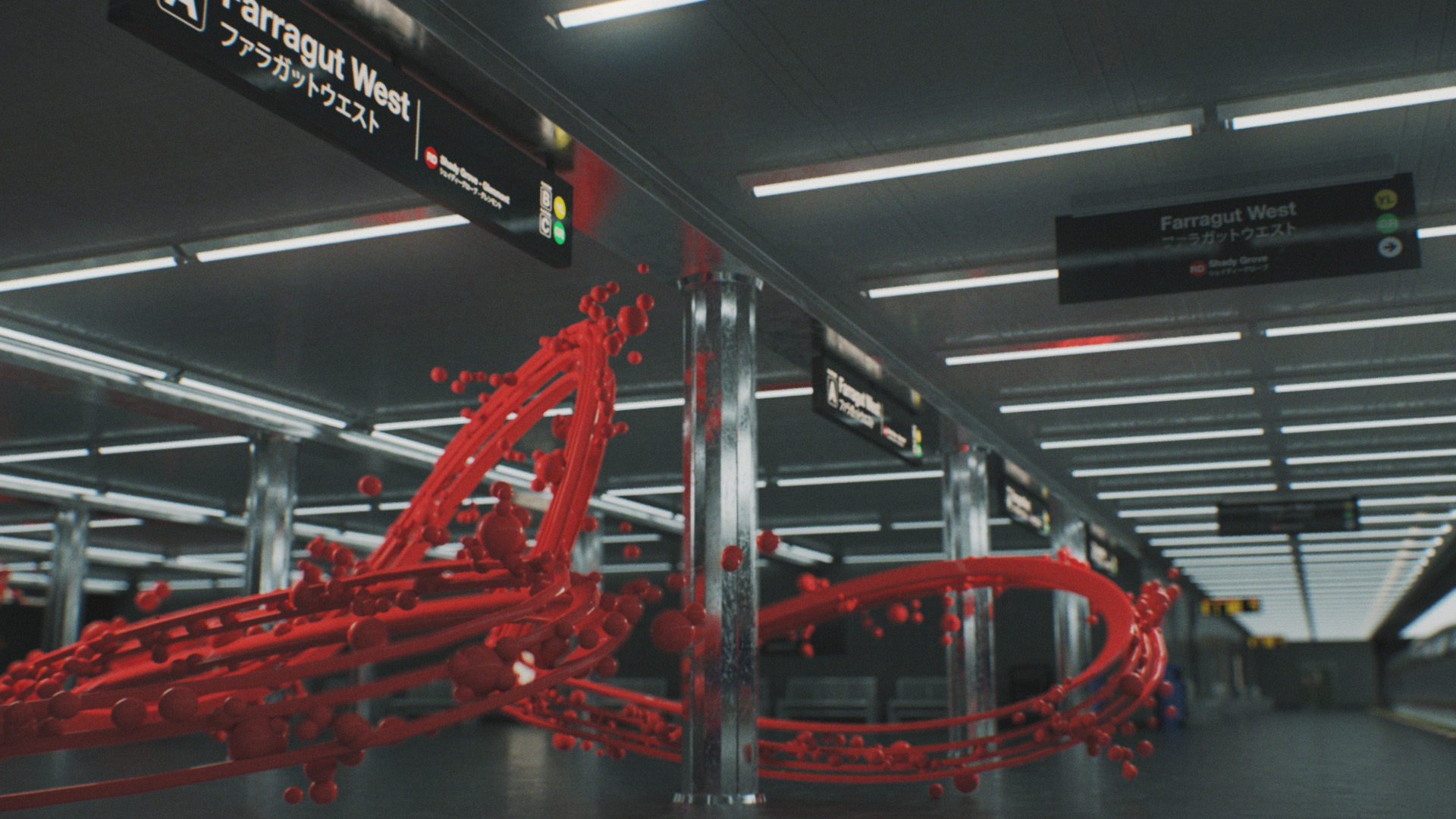 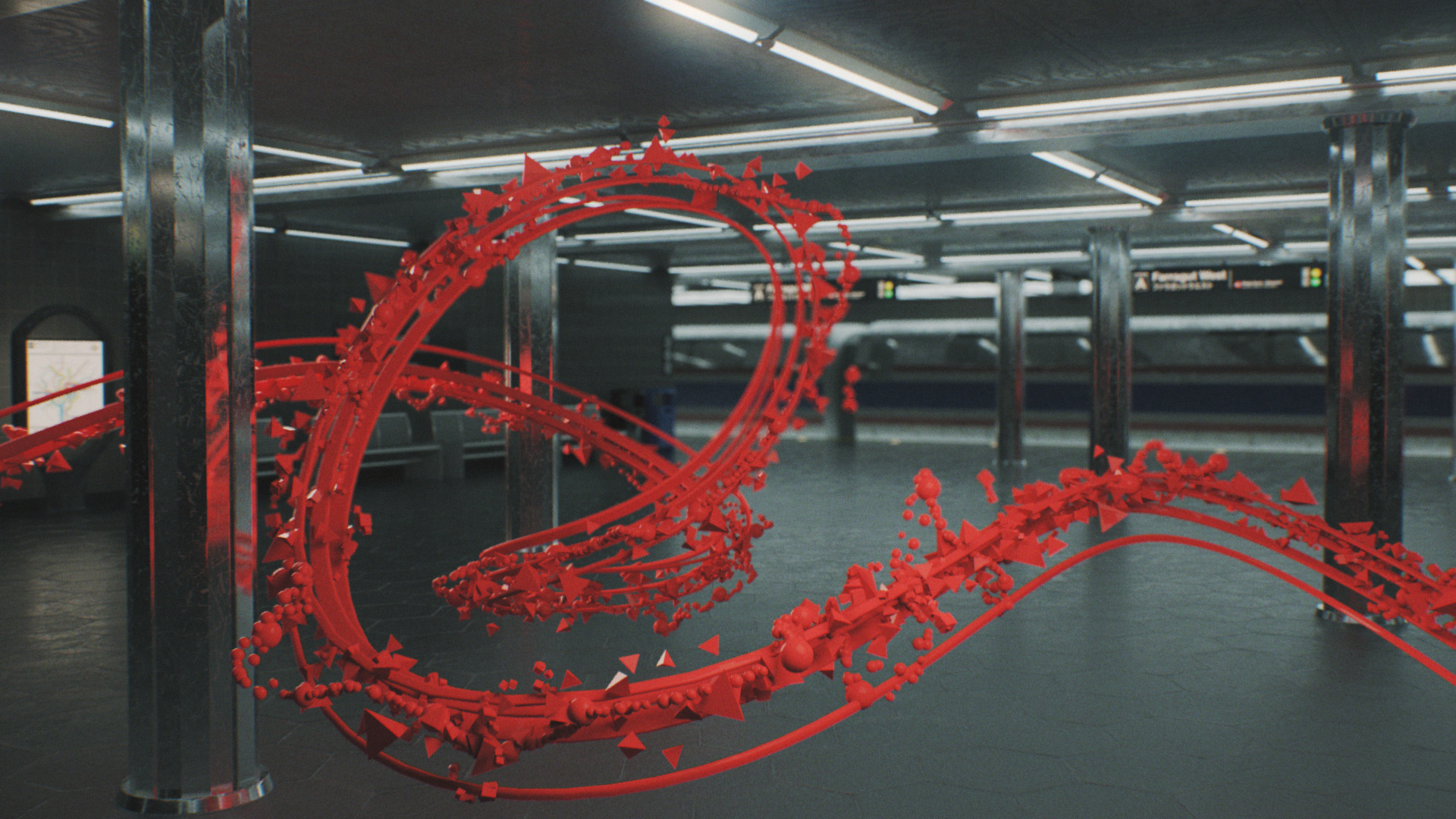 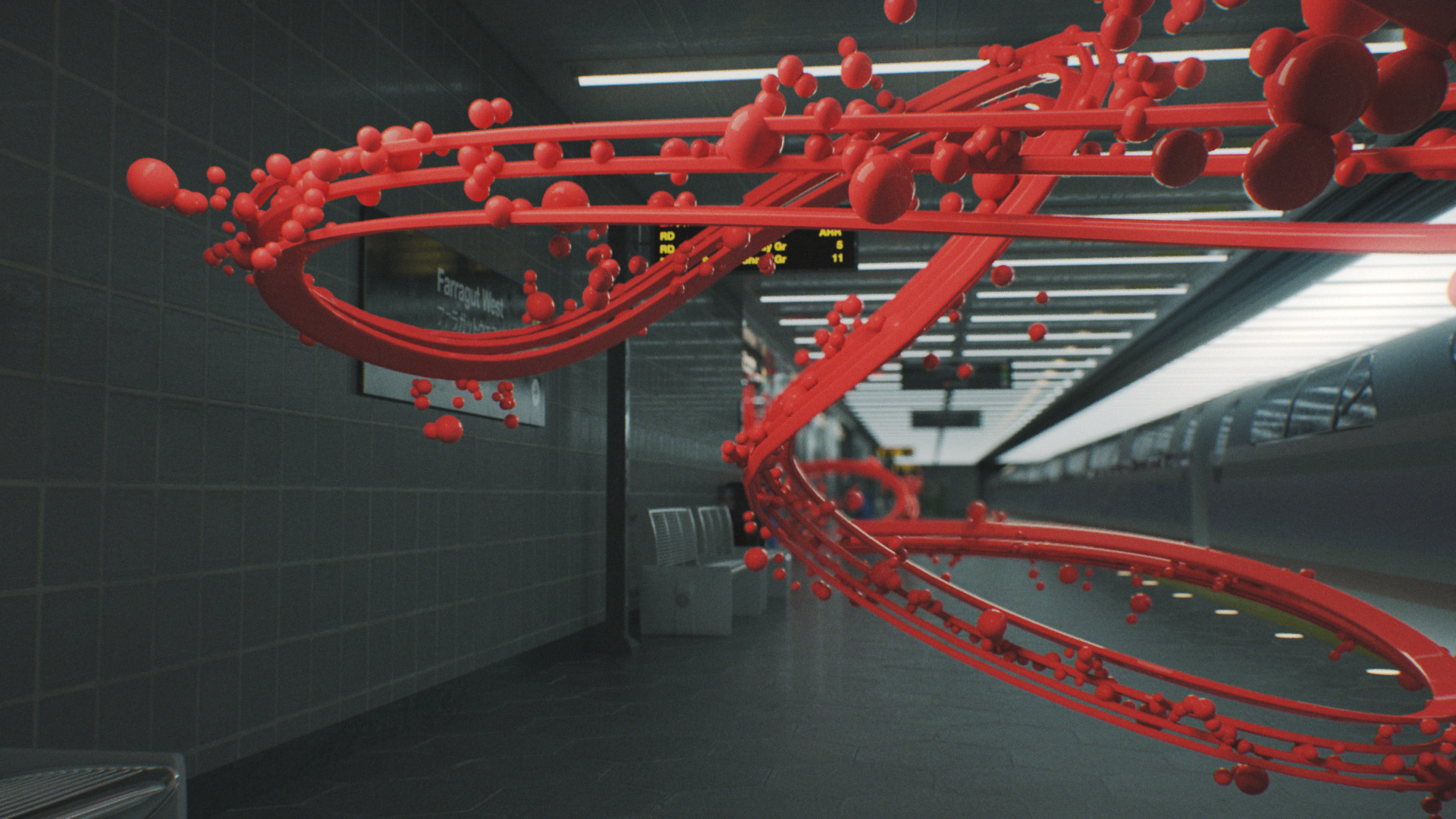