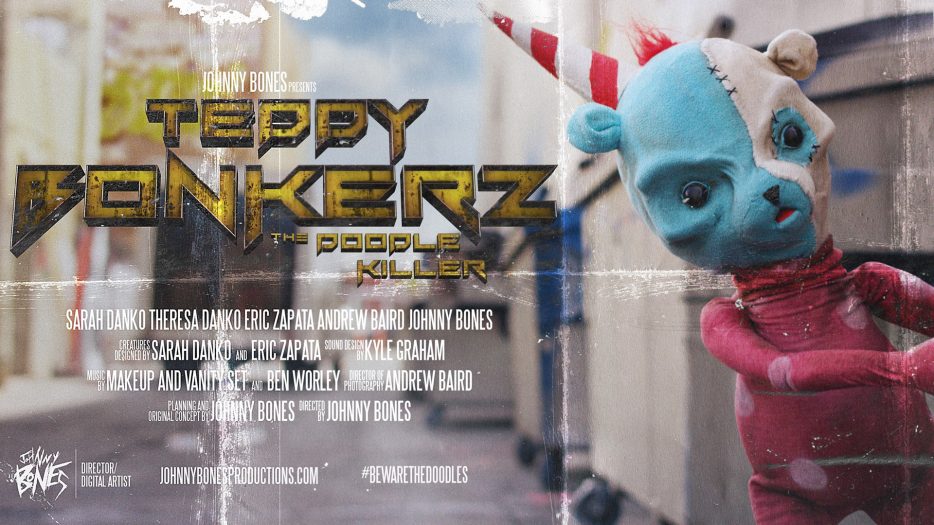 Over the summer, I had the pleasure of being a freelance senior motion designer and editor at bpg Advertising. It was there that I met and befriended the super talented Johnny Bones!

When he’s not making awesome motion graphics for huge film and television marketing campaigns (the likes of which include the campaigns for Mission Impossible: Fallout, Star Trek: Discovery, Jurassic World: Fallen Kingdom, Netflix’s Lost in Space reboot and more), he’s directing, editing, and creating VFX and graphics for his own really cool and unique projects.

Among those is his recently released proof of concept trailer for TEDDYBONKERZ: The Doodle Killer! Watch the trailer below and be sure to check out more of Johnny’s work on his website: johnnybonesproductions.com